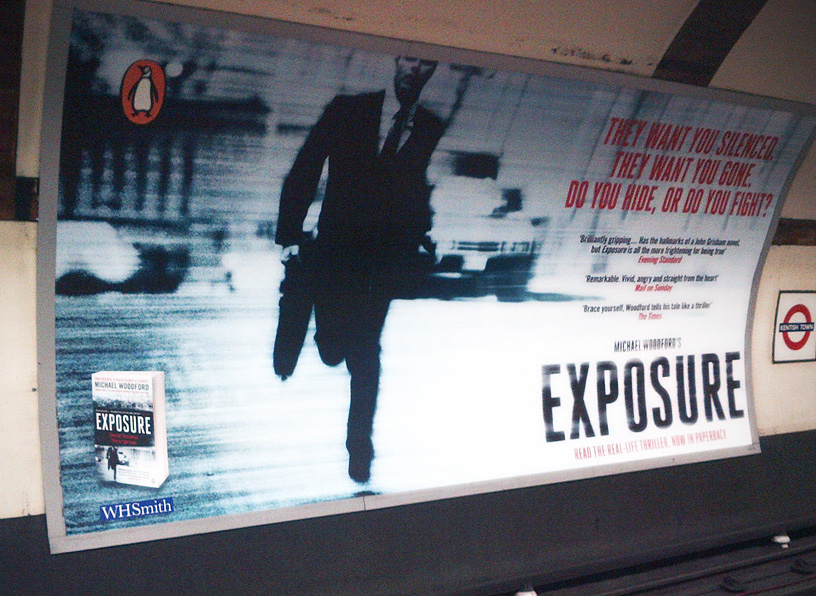 Michael Woodford, a 30 year veteran of Olympus, found himself in the middle of treachery and intrigue shortly after being appointed President in April 2011 when he discovered a $1.7 billion accounting fraud. Olympus corporate executives were hiding huge investment losses through complex takeover deals and secret off-balance-sheet vehicles.

Michael blew the whistle on the scandal and was fired from Olympus on Oct. 14, 2011. When he left the building that day, he feared for his life.

He has chronicled his extraordinary story in his bestselling real life thriller 'Exposure: Inside the Olympus Scandal: How I Went from CEO to Whistleblower', published globally by Penguin Portfolio. 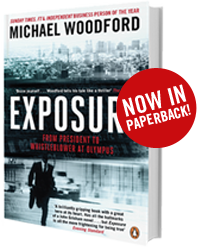 Buy at Amazon Buy for Kindle
Buy at iBookstore

What the Critics Say

"A brilliantly gripping book with a great hero at its heart. Has all the hallmarks of a John Grisham novel... but Exposure is all the more frightening for being true"

"Remarkable. Vivid, angry and straight from the heart"

"Brace yourself, Woodford tells his tale like a thriller"

"Woodford relates, at Grisham-like pace, how he stumbled upon a $1.7bn fraud that he, unlike his fellow board members, refused to hide. He is one of the few foreign businessmen to have penetrated deep inside a Japanese corporation and to report back unflinchingly"

"In a world increasingly dominated by global multinationals, he just felt someone had to speak out"

"When Woodford turned whistleblower, he set off a tumult unlike anything that the cosseted world of Japanese business had seen"

"He's the most celebrated international whistleblower of recent times. On reaching the top at Olympus, he exposed a $1.5bn fraud. His story is filled with mystery, suspense, and betrayal"

"Michael Woodford had everything the corporate world could ever offer. Yet when he discovered rampant corruption at the core of one of Japan's most prestigious companies, he did not hesitate. This is a sensational personal account of a man of great courage and principle who got to the top, and blew the whistle to glorious effect"

"A must-read for businesspeople, politicians and would-be movers and shakers"

"Michael Woodford's rapid ascent and downfall for doing the right thing is nicely told in this first-person whodunnit. The kind of integrity and courage that Woodford displayed is unusual. Exposure should be seen as compulsory reading for company directors and MBA students. Woodford stands tall as an example of leadership. Read his book and ask yourself: would you do the same thing - or would you just shut up and go to Davos?"

"Michael Woodford took a considerable risk in exposing wrongdoing. He was a study of boldness in action"

"Michael Woodford could have spent years turning a blind eye to the shady dealings of executives at Olympus. Instead he dove headfirst into allegations of corporate misconduct"

"Michael Woodford has proven himself a hero, though he never wanted the battle. He risked everything"

"This memoir of one of Japan's biggest business scandals is for more than corporate governance experts, with its fascinating tale of good versus evil"