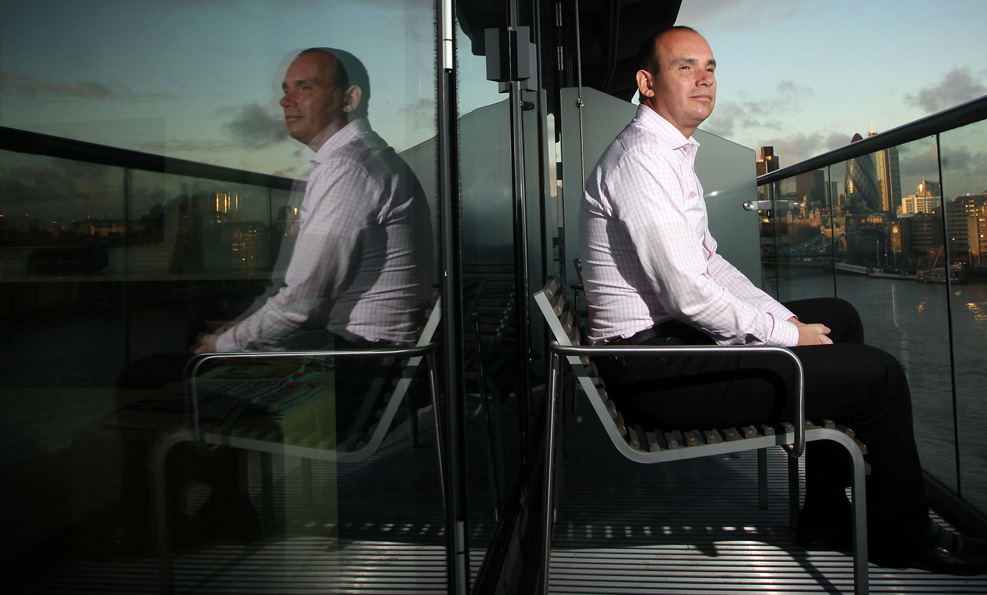 Michael Woodford was born in 1960 and grew up in Liverpool in the north of England, beginning his working life at Lucas Aerospace as a commercial management trainee. He is married to Nuncy and they have two grown-up children, Edward and Isabel. As to hobbies, he is a long-distance walker and enjoys sailing.

Mr Woodford worked for Olympus for 30 years, initially for the UK subsidiary, Olympus KeyMed, joining as a Surgical Salesman, progressing to Sales Manager and Sales Director before being appointed the company's Managing Director in 1990, at the age of 29.

Following a period of dramatic growth for the UK based group, in October 2004 Mr Woodford became a main Board member of Olympus Medical Systems Corporation, and was appointed Executive Managing Director of Olympus Medical Systems Europe, where he implemented a radical programme of change within the organisation which resulted in a doubling of the operating profit within three years.

In this same three-year period, he was also responsible for Olympus' Surgical and Industrial businesses in America, during which time both sales and profitability increased considerably. April 2008 saw his appointment as Executive Managing Director and Chairman of Olympus Europa Holding, with overall responsibility for the European Medical, Industrial, Life Science and Consumer Products businesses, and became an officer of the main Board of Olympus Corporation in Japan. During his tenure of this role, the operating profit of the European business increased by approaching 50%.

In April 2011, Mr Woodford was appointed President and COO of the Olympus Corporation, one of only four 'gaijins' to run a large Japanese company, but was the very first Western 'salaryman' to rise through the ranks to the top.

On October 1 2011, Mr Woodford was made CEO, but only two weeks later on October 14 was dismissed after querying inexplicable payments in excess of $1.5 billion and demanding the resignation of the company's Chairman and Vice President.

During Mr Woodford's career, there have been many highlights:

The quotation below is from Lionel Barber, the revered Financial Times editor,

"If there was one person who captured the spirit of boldness in business in 2011, it was Michael Woodford. His selection was a matter of serious discussion among the judges. There were concerns that it might be misconstrued as an incitement to whistleblowers and a broader insurrection against business. But these concerns were allayed once the logic of the choice became clear. Woodford took a considerable risk in exposing wrongdoing. As chief executive, he was arguably acting against his self-interest, since his job was obviously in jeopardy. Yet he did the right thing. He campaigned for proper accounting and persuaded the Japanese authorities to act. He was a study of boldness in action. By choosing him, the judges followed suit."